ENON, Ohio -- Marathon Petroleum Corp. (MPC) has converted more than one-third of the 1,250 Hess and Wilco-Hess gas stations and convenience stores it acquired last October to its Speedway brand. 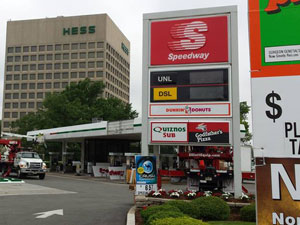 According to an analysis of site count data by GasBuddy/OpenStore LLC, Speedway’s store count tipped over 2,000 in early June, hitting 2,024 as of this week. Meanwhile, the number of Hess sites has fallen to 783.

The Hess and Wilco-Hess sites that MPC acquired are spread across 16 states on the East Coast and Southeast. These included nearly 400 Wilco-Hess c-stores and travel centers. According to Patrick DeHaan, senior petroleum analyst at GasBuddy, Gaithersburg, Md., the conversions started in the South last fall. Most if not all of the former Hess sites in Florida have been rebranded to Speedway. The effort is now focused on the Northeast.

Under the terms of the Hess/Wilco-Hess acquisition, Speedway has three years to rebrand the sites, and it is investing $410 million to get the job done by 2017.

In MPC’s most recent earnings call in early May, Gary R. Heminger, CEO and president, described the multistep effort that is part of a single store rebranding.

“The comprehensive transition for each store not only includes the changing of signs and canopies, but it’s a complete system changeover, which includes the backoffice, point-of-sale and inventory control systems, as well as integration of the Speedy Rewards Loyalty Program,” he said. 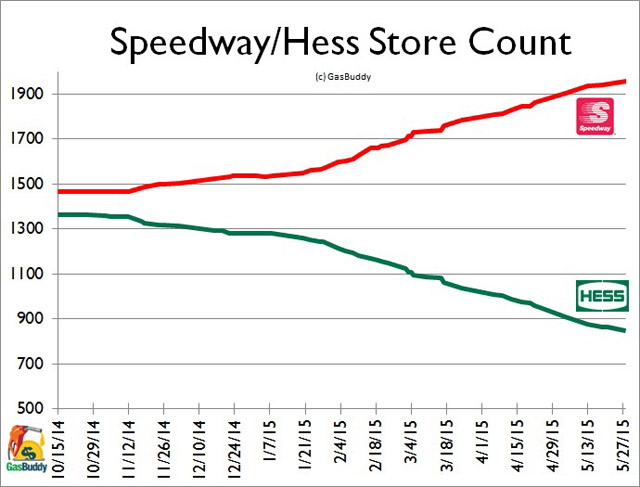 All Eyes on Rebranded Hess Stores