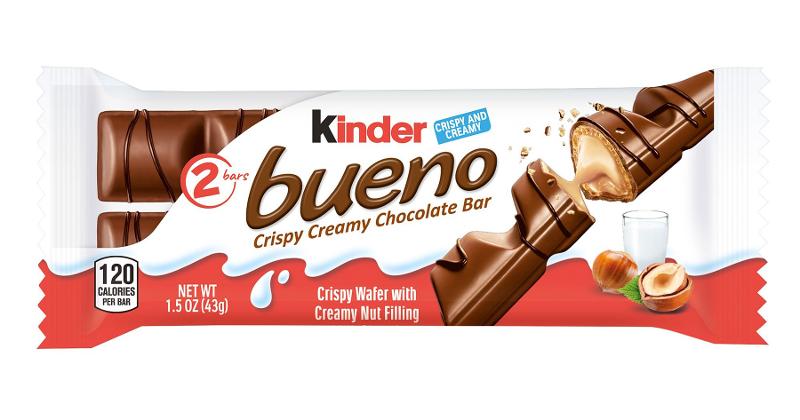 PARSIPPANY, N.J. — Ferrero is introducing the Kinder Bueno bar into the U.S. through a “Sweeteasy” pop-up in New York City.

The interactive experience, modeled after a speakeasy, brings to life the taste of Kinder Bueno and will provide attendees a first look and taste of the chocolate bar as it hits shelves in the U.S., according to Ferrero, the maker of Nutella, Tic Tac and Kinder Joy.

Kinder Bueno is available nationwide at retail, grocery, drug and convenience stores. The bar has a suggested retail price of $1.29 per bar for the two-bar size and $1.99 for the four-bar sharing size.

At the “Sweeteasy,” customers will be taken through the flavors and textures that make up Kinder Bueno, according to the company. The bars feature three layers with smooth milk chocolate, crispy wafer and creamy hazelnut filling topped with a dark chocolate drizzle.

"Kinder Bueno is unlike any other chocolate bar in the United States, which is why we're thrilled to showcase its premium, multifaceted taste to the public with our Sweeteasy," said Noah Szporn, vice president of marketing for Kinder North America. "Each element of the Sweeteasy experience is carefully crafted to mimic the individual layers of a Kinder Bueno bar, offering attendees interactive and unexpected ways to engage and share."

The pop-up will be open for consumers 21 and older on Nov. 8 and 9. Viewings are by reservation only.

Kellogg to Sell Fruit Snacks and Cookie Businesses to Ferrero