GLENDALE, Ariz. -- Who wouldn’t want an autographed photo of Bruce Springsteen, or a Denver Broncos helmet signed by Peyton Manning? These are just a couple of the items available in the CRU 2014 CARRE Foundation Silent Auction. In fact, the Manning helmet was so coveted on the eve of the Super Bowl, it quickly achieved its max bid and was taken off the table! 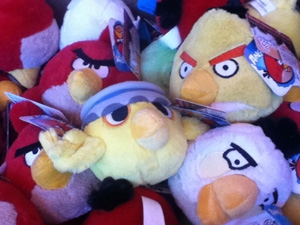 The CARRE Foundation--Charitable Alliance of Restaurant and Retail Executives--is one of the least-reported elements of CSP events but often one of the most memorable.

The CARRE Foundation, in my mind, is more than a requisite charity aspect of events. Rather, I find it an appropriate reflection of the convenience store industry and the people who work in it.

It reminds me how lucky I am to be healthy and have a healthy family. It makes me think about my wife and kids and reflect on how happy they make me. It reminds me that there’s more to this industry—and any industry—than bottom-line revenue.

And #CRU14’s CARRE entry, with its spotlight charity the Make-A-Wish Foundation, didn’t disappoint.

From the main stage, the honorary event chairmen shared stories of how their companies have given back to their community.

Derek Gaskins of Rutter’s Farm Stores and Frank White of Tri-State Petroleum discussed the years of fund raisers their companies have undertaken (White ran a half-marathon to raise funds, for gosh sakes), but more importantly, they recalled the joy that funding brought to a boy with cancer who wanted to meet Aaron Rodgers of the Green Bay Packers, and a girl with a life-threatening neurological disorder who met her favorite character from “Duck Dynasty.”

“Their facing the greatest fight of their lives,” said White. “It’s important to do things for the community because we’re a part of it.”

And, “Nick didn’t let his cancer hold him back one bit,” said Gaskins. That needs to be celebrated.

So thanks to Vito Maurici of NJOY, who handed off a check for $5,000 this morning. Thanks to Mars Chocolate, which donated a great NFL package, and to PepsiCo, which offered up a three-day getaway to the Ritz-Carlton. Those prizes will be awarded to #CRU14 attendees who donated to CARRE during the conference.

It costs about $3,900 to grant a child’s wish, we were told, and the charity collected this week will make a lot of kids happy.

#CRU14 Blog: A Word About Products