LONDON -- In some good news for convenience-store sales of electronic cigarettes, data from a new e-cig report suggests consumers are more often seeking out products from retail operations. 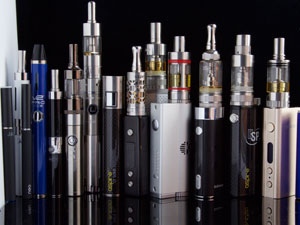 “Earlier, the market generated the majority of its revenue from online sales,” said Abhay Sinha, a health and wellness research analyst with technology research and advisory company Technavio, about the report, titled E-Cigarette Market in the U.S. 2015-2019. “However, increased popularity of e-cigarettes has led to many companies selling their products in retail/convenience stores. The market generated approximately 72% of its overall revenue through retail sales in 2014. The entry of leading cigarette manufacturers into the market will further increase the number of distribution outlets across the U.S. over the forecast period.”

The report also tracked three “emerging trends” likely to affect the electronic-cigarette market from 2015 to 2019, defining an emerging trend as “something that has potential for significant impact on the market and contributes to its growth or decline.”

“E-cigarettes are being increasingly adopted by many smokers, especially those who want to quit smoking tobacco but would like to continue vaping,” Technavio said. “The market is therefore expected to witness huge growth in e-cigarette demand from end users during the forecast period.”

Researchers also estimated there are 5,000 to 6,000 vape shops in the United States, with more opening every month in major cities.

2. The introduction of multiple flavors: The report suggests there are more than 3,000 electronic-cigarette flavor options in the United States and an average of 300 flavors being added to that list every month.

“This trend suggests that end users are finding e-cigarettes attractive,” the report said. “The trend is likely to continue and contribute to this market’s growth during the forecast period.”

“With rapidly changing technology and consumer preferences, vendors are innovating with e-cigarettes that can survive the ongoing commoditization of the markets,” the company said. “Hence, the market is expected to witness development of many innovative e-cigarettes during the forecast period.”