WINSTON-SALEM, N.C. --With the announcement of plans to test its new Revo products in Wisconsin this February, Reynolds American Inc. has become the latest player to embrace what Don Burke described as 2014's vapor trend to watch: heat-not-burn tobacco products. 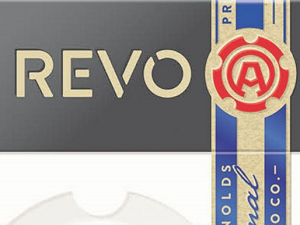 Heat-not-burn is hardly a new concept for Reynolds: Revo represents a rebranding of its 1994-launched Eclipse line (full story here).

During this week's Investor Day presentation, Reynolds' head of consumer marketing J. Brice O'Brien said that the enhanced awareness and acceptance of electronic cigarettes could allow Revo to succeed while Eclipse failed some 20 years ago.

"Heat-not-burn technology … needed the mass presence of vapor products to open up an experience base that smokers understood," said O'Brien. "We're positioning it as a modern classic in the consumer space between a combustible cigarette and a vapor product."

Wells Fargo analyst Bonnie Herzog agreed with the assessment, noting that while consumer research suggests that intended trial of heat-not-burn products remains similar today as when Reynolds launched Eclipse, repeat purchase intent is nearly five times as high (with 20% of modern consumers intending to purchase non-combustible products more than once, compared to virtually no consumers in the early 2000s).

"We continue to be impressed by (Reynolds') decisiveness and execution, which has enabled it to quickly commercialize new products," Herzog wrote in a research note. "We expect this to accelerate with future next-gen products."

Winston-Salem, N.C.-based Reynolds may have been the first company to test heat-not-burn alternatives, but it's far from the only player today.

The NACS Show had several heat-not-burn vaporizer options, including the Viper from the Beloit, Wis.-based CB Distributors and the Blow NV line from Trendsettah Inc., Doral, Fla.; San Francisco's Ploom has multiple non-combustible tobacco vaporizers, including the Pax and modelTwo; and Philip Morris International released a Marlboro-branded product called iQos (pronounced Eye-cohs) in Japan earlier this month with plans for further expansion in 2015. Because Philip Morris International and the Richmond, Va.-based Altria Group Inc. have made a deal to share electronic cigarette and other cigarette alternative technology, many predict iQos or similar heat-not-burn cigarettes will eventually make their way to the United States.