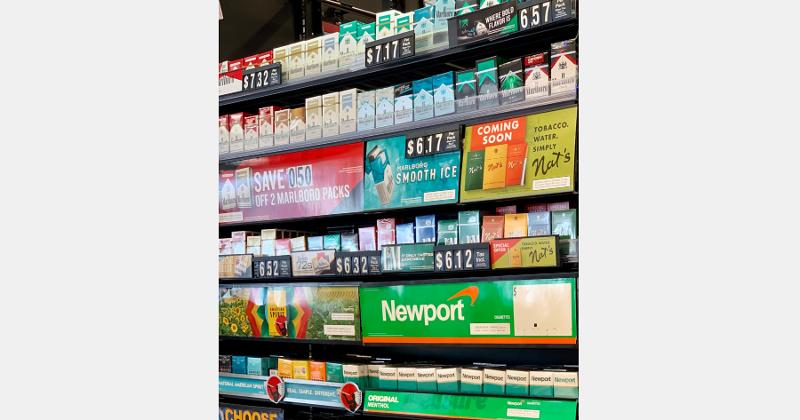 SILVER SPRINGS, Md. — The U.S. Food and Drug Administration (FDA) intends to make prohibiting menthol as a characterizing flavor in cigarettes one of its highest priorities.

The agency made the announcement April 29 in a letter addressed to Executive Director of the Public Health Law Center D. Douglas Blanke from the FDA’s Center for Tobacco Products Director of Office Regulations May D. Nelson

“As evidence shows that menthol facilitates experimentation and progression to regular use among youth and young adults and makes quitting more difficult, particularly in African American smokers, FDA believes eliminating menthol as a characterizing flavor in cigarettes would benefit public health,” Nelson said in the letter. “Based on our consideration of the existing scientific evidence, including that submitted with the citizen petition and supplement, FDA intends to issue a proposed rule to prohibit menthol as a characterizing flavor in cigarettes.”

To do this, the FDA will need to start the rulemaking process, which will include drafting and publishing a proposed rule and seeking public comment. The FDA also said it will work with the Department of Health and Human Services (HHS) to enlist and collaborate with other entities at the federal, tribal, state and local levels to provide support to menthol smokers who quit or want to quit.

“Criminalizing menthol will lead to serious unintended consequences. A far better approach is to support the establishment of a marketplace of FDA-authorized non-combustible alternatives that are attractive to adult smokers,” George Parman, director of communications for Altria Client Services, said. “Finally, youth smoking rates, including menthol cigarettes, are at historical lows, and science and evidence does not support such a ban.  We will review FDA’s announcement and continue to engage in this multi-year process with a focus on the science and evidence.”

Convenience-store retailers who spoke to CSP about a potential menthol ban said the move could result in a huge hit to sales. Menthol cigarettes make up about 30% of a c-store’s cigarette sales, NACS has said.

The FDA is also proposing to ban all flavored cigars, including menthol, it said Thursday in a press release separate from the letter to Blanke.

If implemented, the FDA’s enforcement of any ban on flavored cigars and menthol cigarettes would only address manufacturers, distributors, wholesalers, importers and retailers. The FDA said it will not enforce against individual consumer possession or use of menthol cigarettes or any tobacco product.

The announcement came because of a court order requiring the FDA to respond to an eight-year-old petition from a citizen that asked the agency to prohibit menthol as a characterizing flavor in cigarettes. The FDA already banned cigarettes with flavors other than menthol, which are known to appeal to youth and young adults, in 2009.

On April 12, 2013, the Public Health Law Center and 18 co-signers filed the citizens petition. Then on June 17, 2020, the African American Tobacco Control Leadership Council, a co-signer of the petition, and Action on Smoking and Health (ASH) filed a lawsuit, alleging, among other things, the FDA unreasonably delayed issuing a final response to the citizen petition.

During litigation for that lawsuit, the FDA agreed to respond to the petition by Jan. 29. That deadline was later pushed to April 29 because a supplement with updated information from the original petition was filed in January a few weeks before the original deadline.

Menthol is a flavor additive with a minty taste and aroma. It may reduce the irritation and harshness of smoking when used in cigarettes, the FDA said; however, research suggests menthol cigarettes are harder to quit than nonmenthol cigarettes, particularly among African American smokers.

Kelsey Romeo-Stuppy, managing attorney with Washington-based ASH, said the organization is working to ban menthol cigarettes because it is a social justice issue.

“When flavors were banned and menthol was left, it left African American people’s lives at risk,” Romeo-Stuppy told CSP ahead of the FDA's announcement. “So it’s an equity and equality issue from our perspective.”

Some organizations disagree on the effect a menthol ban would have on communities of color.

More than two dozen organizations—including the American Civil Liberties Union (ACLU), who provided CSP the letter—wrote on Monday to Secretary of the U.S. Department of Health and Human Services Xavier Becerra and Acting FDA Commissioner Janet Woodcock detailing concerns on a menthol ban.

A ban on menthol cigarettes would prioritize criminalization over public health and harm reduction and lead to unconstitutional policing and other negative interactions with law enforcement, the letter’s writers said. It also poses the risk of creating underground, illegal markets for products.

The group said several police encounters resulting in deaths are linked to police enforcement of tobacco laws, using the cases of Eric Garner, Michael Brown and George Floyd as examples.

“For these reasons, well-intentioned efforts to continue to reduce death and disease from tobacco products must avoid solutions that will create yet another reason for armed police to engage citizens on the street based on pretext or conduct that does not pose a threat to public safety,” the letter said.