PHILADELPHIA -- Don Burke, senior vice president at Management Science Associates (MSA), teased an upcoming survey of vape shop owners at this year’s NATO Show (link: http://www.cspnet.com/category-news/tobacco/articles/changing-vapescape). Back in April, Burke could only share a couple trends MSA had gathered, as the data specialist company had only gathered a handful of responses. 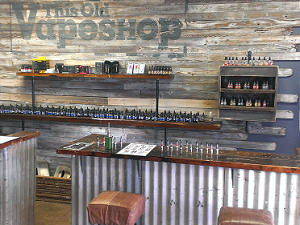 Fast-forward to August, and Burke was able to share an entire presentation on data gleaned from over 100 vape shop owners. Respondents operated brick and mortar locations, online-only shops or a combination of brick and mortar and online, with 33 states and every major market in the United States represented.

“We think this is a pretty pioneering survey, the first of its kind,” Burke said while presenting the results at CSP’s Total Nicotine Conference.

Here are five key points from the survey:

2. They are not using traditional distribution. Most of operators are buying their inventory online as opposed to traditional wholesalers, especially when it comes to e-liquids: 40% said they were buying at least some e-liquids from other vape shops, and 57% buy e-liquids from international online wholesalers. Burke pointed out that these international wholesalers could be very problematic once the category is regulated by the U.S> Food and Drug Administration (FDA).

3. They carry tons of SKUs. It’s not surprising that vape shops carry more e-vapor SKUs than the average convenience store, but the numbers are staggering. MSA found vape shops average 542 SKUs overall, with most locations carrying more than 300 e-liquid options.

Burke was even more surprised by the number of heat-not-burn offerings: respondents across-the-board averaged 57 heat-not-burn SKUs with brick and mortar-only retailers averaging 104. “That really says something about where the category is going,” Burke said.

“What we’re seeing is that a (vape shop) consumer may start out with tobacco or menthol flavors,” said Burke. “But once they move to fruit or dessert flavors, they don’t go back.”

“It’s interesting that they don’t see c-stores as competition,” Burke said, theorizing that it might have to do with the fact that education is a big draw for vape shop consumers and c-stores likely can’t compete in that arena.

It was also interesting was the lack of competition from any retailer. When asked about specific competition in their areas, the majority said there were less than five tobacco shops or vape shops near their stores they viewed as a threat.

“That’s not a lot of competition,” Burke said, “especially with how much money they’re making.”