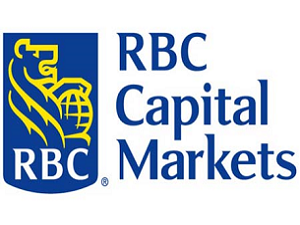 Respondents, representing a variety of sizes, from one store to chains of more than 500 stores, reported that low fuel prices are having a positive effect on c-store traffic and consumer confidence with 66.67% saying traffic has improved and 79.17% saying the overall U.S. consumer has improved.

“Gas prices decreased,” wrote one retailer. “Consumers now have more expendable income for impulse items, and traveling has increased.” Another retailer said their stores were up more than 1,000 customers-per-day, a 12% increase.

The increase in traffic and spending has undoubtedly benefitted the cigarette segment. In terms of which major premium brand will gain the most market share in 2015, 50% said Marlboro, 29.17% said Newport and 20.83% said Camel.

The optimism over Marlboro came from Altria’s industry-leading position staying the course; however, many retailers listed the potential merger between No. 2 Reynolds American Inc. and No. 3 Lorillard Tobacco Inc. as a benefit to Newport.

“The pending merger gives Newport a different breed of trade marketer in retail,” said one respondent. “Reynolds actively trains the trade marketing team on consumer engagements--requiring it as part of daily job function. Newport does not engage consumers at retail now.”

When it comes to electronic cigarettes, it’s no surprise that the majority of respondents (86.96%) said they carry the segment, with most carrying one—if not both---Big Tobacco e-cigarette brands; 54.17% carry both Reynold’s Vuse and Altria’s MarkTen, 16.67% carry just MarkTen, 8.33% carry just Vuse and 20.83% carry neither.

Perhaps more telling is the fact that when retailers were asked to rate 13 different e-cigarette brands on a scale of 1 to 10 in terms of performance, only Vuse and Lorillard’s blu were rated as performing up to expectations: Vuse averaged a 6.16 rating, and blu averaged 5.77.

Only 29.17% of survey respondents said they planned to expand their e-cigarette offerings. The need for space was a common reason for not adding more e-cigarettes. “E-cig space is shrinking as we continue to expand in vaping,” said one retailer, with others pointing to other tobacco products (OTP), cigarettes and energy shots.

Still, the survey suggests the industry may have hit a peak on vaping: 62.5% of respondents said they currently sell vapor products (such as open systems, mods, tanks and e-liquids), with only 12.5% of those not selling vapor products indicating that they’d like to (29.17% said they were not interested in vapor). Of those selling open systems, only 20% said sales are booming; 40% said sales are slowing down, and 40% said they never really got started.

Does Vaping Have 'Legs'?