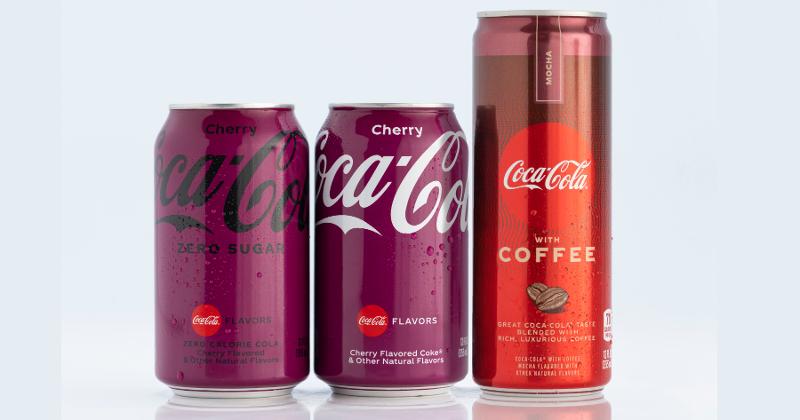 ATLANTA — The Coca-Cola Co. is launching a new flavor in its Coca-Cola With Coffee line and a new package design for its flavored drinks—and some people will get the chance to sample the innovation early via robot delivery.

The hybrid cola-coffee combination is geared toward the mid-afternoon lull, when customers want a pick-me-up, Coca-Cola said.

“As we thought about how to optimize our current offering and give consumers even more of what they want, Mocha emerged as a no-brainer,” said Brandan Strickland, brand director at Coca-Cola Trademark. “It’s the No. 1 flavor in the RTD (ready-to-drink) coffee category, and we’re confident the amazing formula we’ve developed will be a home run with existing fans of the brand as well as those who have not yet given it a try.”

Also new at Coca-Cola is the packaging for its Coca-Cola Flavors line. While Coca-Cola Cherry, Vanilla, Cherry Vanilla and their zero-sugar counterparts will have a new look, their tastes will remain the same, Coca-Cola said.

“We wanted to modernize and simplify the look of our packaging to help consumers find the flavor they’re looking for on the shelf through a colorful but clean packaging design,” said Natalia Suarez, senior brand manager of Coke Choice Portfolio for Coca‑Cola’s North America operating unit.

Fans looking to try the new flavor and see the new can design before they hit retailers could submit their address for a chance to sample the brand’s latest innovations.

Anyone in the greater Chicago, Los Angeles and New York areas could apply for a limited time Wednesday to receive the new products delivered directly to their doorsteps via robot deliveries. The self-driving robotic fleet is made up of robots individually wrapped to showcase the new Coca-Cola With Coffee Mocha flavor and new packaging for Coca-Cola Cherry and Coca-Cola Cherry Zero Sugar.