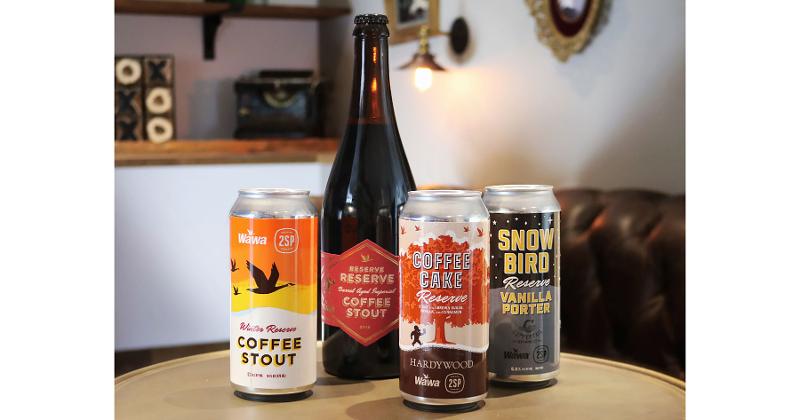 WAWA, Pa. — After the success of its Winter Reserve Coffee Stout last year, Wawa is again partnering with 2SP Brewing Co., Aston, Pa., to bring back that brew and more.

In addition to the return of the Winter Reserve Coffee Stout, the Wawa, Pa.-based convenience-store chain will release Reserve Reserve, an English-style imperial oatmeal stout aged in Weller Bourbon Barrels for nine months.

“Our friends at Hardywood and Coppertail are almost bigger fans of Wawa than we are and have been longtime friends of ours,” said Michael Contreras, director of sales and marketing for 2SP Brewing Co. “It didn’t take a rocket scientist to see something special was brewing the second we got those beer nerds in a room with Wawa's Coffee Guru, Michael Mclaughlin.”

The beers will launch with a multistate Wawa Brew Tour that will begin Dec. 6 in Chadds Ford, Pa., and end Feb. 20 in Tampa, Fla.

“At Wawa, supporting our local neighbors is at the heart of everything we do, which makes our special partnership with 2SP Brewing Co. so important to us, as well as their shared values and desire to invite other breweries to collaborate in other areas that our stores serve,” said Mike Sherlock, chief product marketing officer for Wawa.

Here’s a breakdown of when the beers will launch and where they will be sold:

Click here for a full list of tour stops and times. The first 100 customers through the door at each event will receive a brew tour T-shirt.

2SP Brewing Co. brewed about 1,000 cases of the Wawa Reserve Coffee Stout in 2018—and it sold out in a couple of hours in some stores, Contreras said. This year, it is brewing about double that, he said.

Contreras said he expects the beers will go quickly again this year. Future collaborations are possible as well, he said.

How Did Kwik Trip’s Glazer Bean Beer Come About?