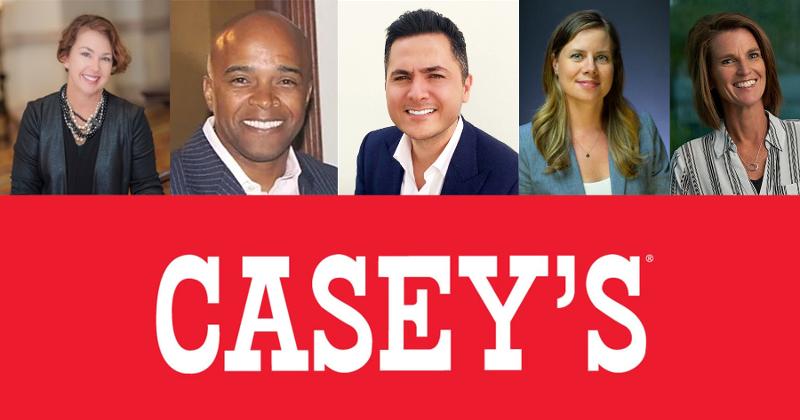 Carrie Stojack is joining Casey’s as vice president of guest insights on August 31. This new role will lead the guest research and analytics efforts within Casey’s and champion the convenience-store chain’s customer-centric culture, the company said.

Stojack has led guest insights both as a business leader and as a research expert across a number of industries including casual dining, convenience, quick-service restaurants (QSR), software and media companies. Most recently, she was vice president of consumer insights at Dine Brands.

Larry Carroll recently joined Casey’s as vice president of asset protection, with the primary responsibility for building out Casey’s asset protection strategy from loss prevention to compliance to risk management.

Carroll brings more than 30 years of experience in asset protection and operations. Most recently, he was vice president of asset protection, inventory analytics and compliance at 99 Cents Only Stores in California. Before that, he served in progressive asset protection and loss prevention roles at Beverages and More, Save Mart Supermarkets and Albertsons.

He brings 18 years of experience in procurement. Most recently, he was strategic sourcing consultant for Walmart. Prior to that, Robles served for four years as the vice president of procurement and strategic sourcing at General Electric and worked at Philips Electronics for a decade, where he completed his time as the senior director of Procurement for the entire organization. He began his career as a purchasing manager at 7-Eleven in Mexico.

Nan Thomae joined the company in June as vice president of human resources, field operations, and oversees all human resources support for Casey’s more than 2,200 c-stores across 16 states and distribution centers. She joined Casey’s after four years at Tractor Supply in human resources business partner leadership roles. She has been in retail most of her career, including time with Shopko, Federated Department Stores and Target Corp.