SAN MATEO, Calif. — Booster Fuels has expanded its app-enabled, on-demand fueling services to fleets in Seattle, its first market in the Northwest. 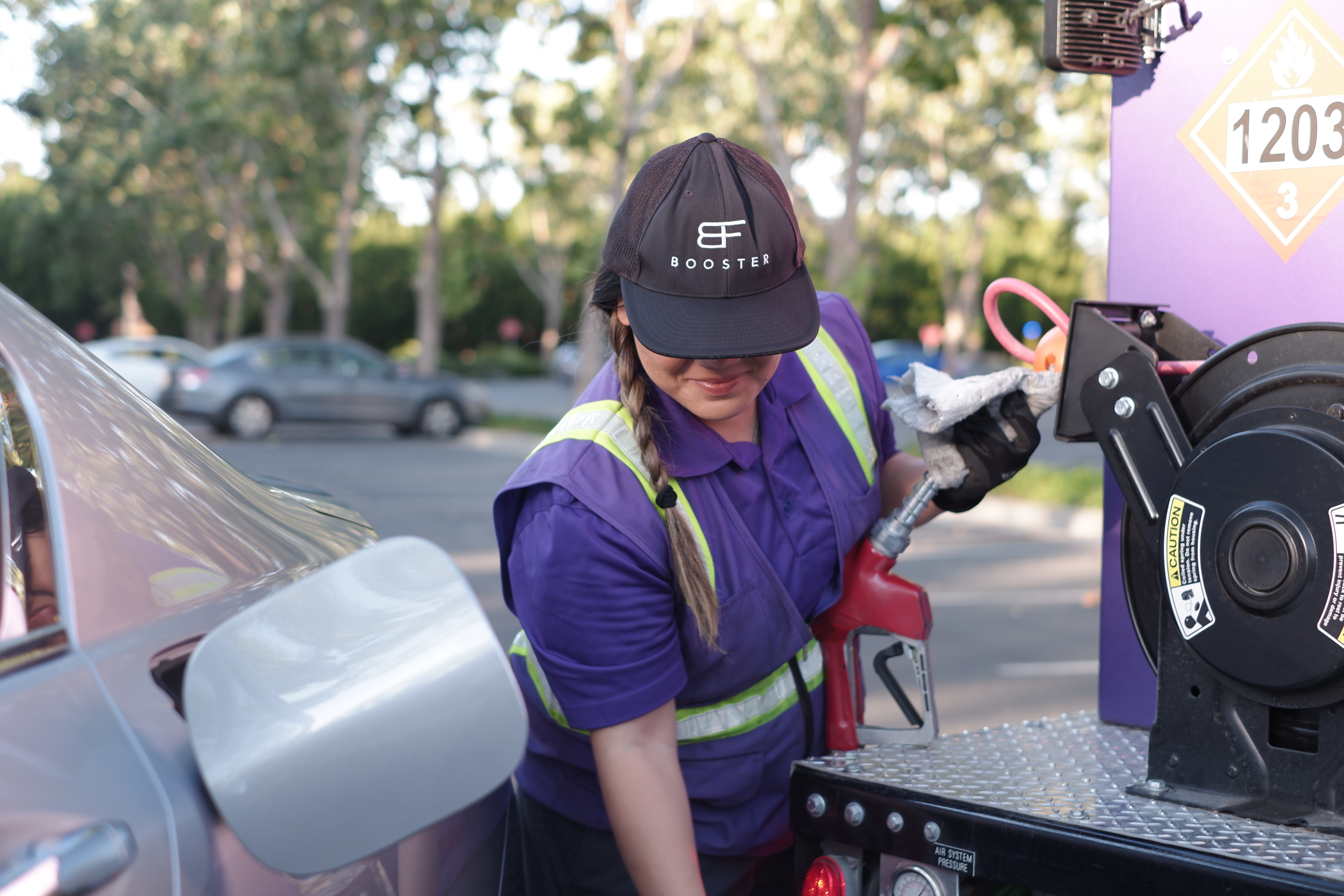 The company, which also delivers fuel to fleets in California and Texas, has begun deliveries to its first customers in the Northwest region, including Seattle-area businesses such as Advanced Government Services, Century Link and Monarch. Booster has also added the Seattle-based fleets of current clients such as Traffic Management Inc. and Imperfect Produce.

Seattle is Booster’s first new market since it wrapped up a $56 million round of series c funding in June from investors that include Enterprise and Total SA.

“Seattle holds a special place in Booster history. It was after sitting in line at a gas station on Capitol Hill one rainy day that I was inspired to create Booster,” said CEO Frank Mycroft. “We’ve delivered over 2 million tanks of gas safely and sustainably. It’s exciting to see how much we’ve accomplished, and we’re just getting started. We believe a gas station that is mobile and comes to consumers and fleets is the future.”

Booster has reportedly gotten the required permits and licenses to deliver gasoline and diesel in Seattle and the surrounding towns of Lakewood, Auburn, Marysville, Mukilteo, Des Moines and Everett, as well as unincorporated Snohomish County. It is in the process of adding more towns.

The company adheres to local restrictions such as damming off drainage areas, maintaining a specific distance from buildings and laying mats under vehicles as it fuels them to catch any leaks. Booster says it has the regulatory approval to operate in more than 50 cities in five states.

“By working carefully with the Seattle fire department and their regulatory organizations, as well as fire marshals from over a dozen local area jurisdictions, we have succeeded in receiving the required multiple permits,” said Joseph Okpaku, chief policy officer for Booster, San Mateo, Calif. “Our success in Seattle proves that we have built a strong foundation of regulatory understanding, which our entire company—starting with the service professionals operating our tankers, and even the engineering of our tankers—carefully follows.”

According to a Booster survey of fleet operators in the United States, each fill-up takes about 20 minutes, and 60% say driving to a fueling location adds at least 2 miles to their routes. Booster claims it can save fleets up to $1,500 per vehicle per year in fuel, overtime pay and vehicle wear-and-tear costs.

Since Booster launched in 2015, it has delivered more than 20 million gallons of fuel to more than 350 fleets in 20 cities in California and Texas, it said.

Booster Fuels Gets a Financial Boost

6 Insights From a Fueling Disruptor