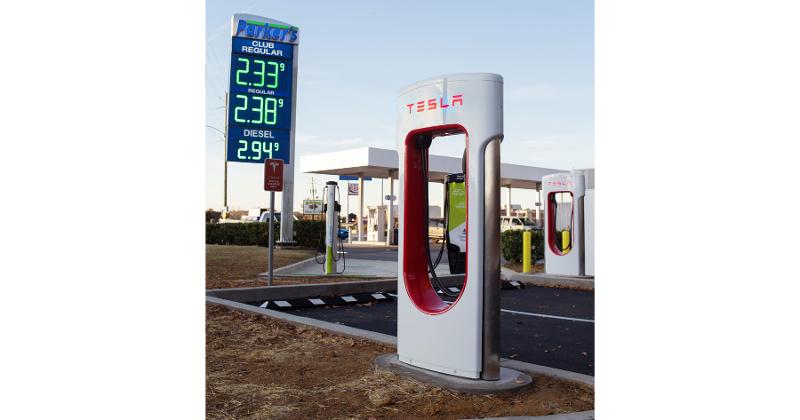 The company’s convenience store in Metter, Ga., recently installed the Tesla V3 Supercharger station with eight charging points. It joins two existing EV charging stations installed by local utility Georgia Power. The site’s location off exit 104 on Interstate 16 allows EV drivers to charge up as they travel between Atlanta and Savannah, Ga., where Parker’s is based, the company said.

“Now, every electric vehicle on the market can be charged at our Metter store,” said Greg Parker, founder and CEO of Parker’s. “We’re thrilled that the new V3 Tesla charging site features the fastest chargers currently available in the United States. The new Tesla Superchargers offer a tremendous benefit for Parker’s customers and for anyone traveling along the I-16 corridor in a Tesla vehicle.”

V3 Supercharging, which debuted in March 2019, offers peak charging rates of up to 250kW per car, according to Tesla. This would enable some Model 3 Tesla EVs, for example, to gain up to 75 miles of charge in five minutes and charge at rates of up to 1,000 miles per hour. The typical charging time at a V3 Supercharger would last about 15 minutes.

While they wait, EV drivers can visit the newly remodeled Parker’s store, which has expanded restrooms and a Parker’s Kitchen foodservice offer featuring hand-breaded and fried chicken tenders, a breakfast bar and daily specials.

Parker’s plans to add more Tesla Supercharger locations to its stores in the future.

“We recognize the shifting fuel demands of our customers and always strive to meet those demands,” said Jeff Bush, president of Parker’s. “As a larger percentage of our customers begin driving electric vehicles, we want to provide them with a state-of-the-art charging infrastructure at strategic Parker’s locations.”

Parker’s has 64 stores in coastal Georgia and South Carolina and is growing through a $50 million expansion in the Charleston, S.C., market. The company is No. 118 on CSP’s 2019 Top 202 ranking of c-store chains by number of retail outlets.