CAMARILLO, Calif. -- The national average pump price for regular grade gasoline dropped 10.77 cents in the past two weeks, to $2.7108 per gallon, according to the most recent Lundberg Survey of approximately 2,500 U.S. gas stations. It is an acceleration of a weeks-long down trend. The average price is down nearly 16 cents over eight weeks. 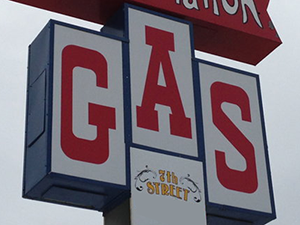 Crude oil prices dropped substantially again, and U.S. refiners are ravenously running at close to capacity. Together these two punches knocked down the street price and, unless oil zooms back up, there will be more of the same near term.

U.S. gasoline demand is galloping ahead but refiners are more than keeping up with it. Both seasonally and year on year, demand is shining. At this rate, demand will have its best year on record.

Meanwhile, retailers gained gasoline margin again. On average, regular-grade margin swelled another three cents to a good 28.3 cents per gallon. Year to date it is still slightly behind full year 2014's margin, but soars above margin eked out pre-2014.

Stronger gasoline margin, strong national demand, and a pump price 81 cents below its year ago point one of the supports of demand growth, have brought golden weather to retailers.

In California, scene of recent supply crisis and price shock, the pump price has just crashed 21 cents thanks mostly to imported gallons. In Los Angeles, the most acutely hit during the crunch, the average street price tumbled 33 cents over two weeks, from $4.13 per gallon to $3.7965. The Lundberg spot price survey of L.A. shows a plunge of 91 cents since July 14, with racks and dealer tankwagon (DTW) tumbling after it. Fleetingly, L.A. retailers have 62 cents margin on regular, part of which is destined to be shared with hungry motorists.

Retail Margin Recovers, and Then Some

How Many Retailers Now in Hot Water Will Be Rescued