GLENDALE, Ariz. -- Convenience store retailers have a chance to "put a stake in the ground" by focusing on areas where they have a competitive advantage. That was the message from Don Burke, senior vice president at Management Science Associates Inc. (MSA), Pittsburgh, which provides data collection, processing and analytic services to retailers, distributors and suppliers. Burke shared highlights of exclusive research MSA crunched and compiled for CSP's 2014 Convenience Retailing University (CRU) conference, with now two years' of data to highlight trends. 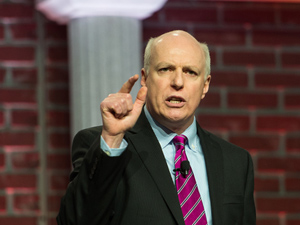 MSA analyzed two years' worth of shipment data from distributor McLane Co. and POS and transactional data from QuickChek, Tedeschi Food Stores and Huck's to pinpoint sales opportunities for the channel. In the process, it underlined some known assumptions--foodservice truly does elevate a store's earning potential--while uncovering hidden sales gems.

To start, MSA was able to categorize the c-store sites in its sample--both the nearly 500 sites represented by the three chains and the thousands of locations served by McLane--into five distinct demographic segments. These include:

Examining sales data for 2012 and 2013, MSA found that four of the five segments that saw declines in the first year of analysis we're able to post growth in the second. Only one segment--blue collar tobacco--saw another year of sales declines. Here, the biggest growth drivers were fountain, electronic cigarettes, foodservice, smokeless tobacco and discount cigarettes.

The segment with the highest growth in sales over the past two years: heavy-basket Hispanic, up 383%.

In the case of e-cigarettes, Burke emphasized that its explosive growth is off a very small base. In fact, less than 1% of transactions included e-cigarettes in 2013, according to MSA data, compared to 30% for cigarettes. Data also showed that e-cigarettes are having negligible to no impact on sales of cigarettes or other tobacco products (OTP)--at least for now. At the same time, e-cigarettes enjoyed the highest basket ring, averaging $18.13, with $14.08 going toward the category. MSA figures showed that e-cigarette sales peak between 5:00 and 7:00 p.m. "Staff the store correctly and have the products [customers] want," said Burke, emphasizing the need to have the right amount of labor at the right time to maximize the opportunity.

On the topics of tobacco, MSA also dug into what impact dollar store chain Dollar General has had on c-store sales since it began selling cigarettes and OTP. According to the MSA data, c-stores within a 1-mile radius of a Dollar General saw sustained cigarette sales declines of 3.8%, compared to the industry average of -3.5%. "It's not huge, but definitely a decline," said Burke; however, while c-stores' share of the category is eroding, grocery stores are actually giving up a disproportionate share of the business to Dollar General, the data show.

One category that has not gotten a lot of attention from the channel but kept re-emerging as a sales winner: frozen foods. MSA figures show that baskets including frozen food were the most likely to include five or more items. The most popular frozen purchases? Frozen pepperoni pizza and frozen sausage pizza.

MSA data also showed a few areas where merchandising by day-part could produce greater sales. Consider candy, for example. Category sales here peaked between 3 and 8 p.m., a time of day where c-store sales in general begin to decline. "Put a display at the cash register during those hours," Burke advised.

Engineering Relevance: Rising Above the Clutter