GLENDALE, Ariz. -- Retailers fearful of taking a wrong turn with loyalty programs will find no solace with Bryan Pearson. The loyalty consultant who kicked off the CSP's 2014 Convenience Retailing University (CRU) conference this week as its first speaker provided several examples of how companies can use data to engage customers but ultimately have a negative reaction. 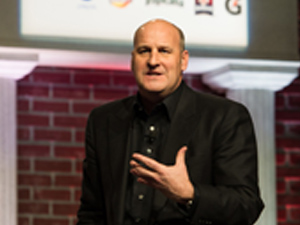 The problem stems from so many brands fighting for attention and trying to rise above the clutter. In their zeal to use data and reach out, companies fail to truly understand their customer, he said.

"It's about engaging people in a different way," said the president and CEO of LoyaltyOne Inc., Toronto," one that creates meaningful connections."

Speaking before about 500 retailers, suppliers and industry attendees, Pearson focused on defining relevance and using data in ways that will elicit positive, passionate responses. To help the conference audience understand, he noted several cases he has encountered where the use of customer data was confusing, off-putting and at least in one case, downright enraging:

Pearson said that relevant outreaches that connect with people where they live, at the stage of life they're in and tie back to their actual interests are typically met with enthusiasm.

One of his examples of a success story was an oil company that needed to renovate and close down several stores. Using points to reward customers for changing fueling sites while their regular locations were undergoing renovation, the program actually persuaded people to not only stay brand loyalty, but actually spend more.

In closing, Pearson suggested that before any company can succeed with loyalty, it has to ask itself difficult questions about its internal organization and its willingness to break down silos and share information. Data flows through many parts of an organization and must be shared to develop the kind of relevance that the customer needs.

"Then be transparent and reasonable with your customers," he advised. "Use data to create value."

Putting a Stake in the Ground