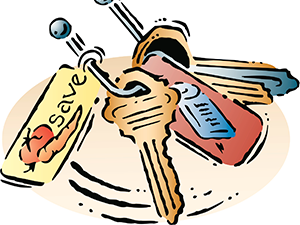 Loyalty programs are powerful marketing tools for convenience-store retailers, and in 2016, these programs are proliferating rapidly. The webinar explored best practices for implementing forward-looking programs.

Robbins and Stephen Stone, Newton, Mass.-based Paytronix’s marketing and webinar series manager, detailed the history of loyalty programs from S&H Green Stamps, popular in the 1930s through 1970s; to airline deregulation in 1978, which led to American Airlines’ launch of that industry’s first program; to the hotel industry’s loyalty programs with Marriott in the 1980s; to Starbucks and Panera getting on board with loyalty in 2001 and 2008, respectively, with programs they have since tweaked.

"Starbucks is the gold standard for loyalty," Stone said. Starbucks’ evolving program started with paper punch cards, then introduced tiers, then moved from a visit-based program to a spend-based program.

Panera is using My Panera strategically, with specific day-parts and specific products. “If the time is low in a certain market, they can promote rewards that encourage visits and behavior in that day-part. They are changing what people buy."

Airlines are moving to more features on mobile apps, including in-flight entertainment such as movies and books. Hotels are piloting letting guests open their door with their mobile phones.

Robbin said, "There is a common evolution" from paper to automating paper to thinking more broadly about "spend," customer tiers, data and how "to integrate it into your digital platform and create an unfair competitive weapon and create emotional engagement.”

Robbins cited Thorntons, Wawa, Sheetz and Maverik as a few of the c-store chains that do loyalty well.

But his general view of convenience-store loyalty is that “a lot of the programs are just '3 cents off.' There's no 'earn' component, there's no request of the guest. It's just kind of a 'gimmie.’ Is it a reward? Is it driving behavior, or is it just an entitlement?", Robbins said.

Along with the “gimmies,” what are the most common mistakes in c-store loyalty?

What should convenience-store retailers do to move their loyalty programs forward?