WASHINGTON -- Merchants are set to take their battle to cut debit-card swipe fees to the Supreme Court, potentially opening a new chapter in a winding legal battle that has pitted convenience store owners and other retailer against banks and the Federal Reserve, reported The Wall Street Journal. 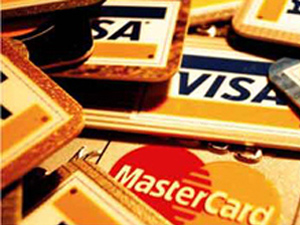 Representatives of the National Association of Convenience Stores (NACS) and the National Retail Federation (NRF) said Monday the groups intend to petition the nation's highest court to review the case. The groups were dealt a blow in March when a federal appeals court rejected their arguments and said the Fed adopted reasonable rules for the fees, which merchants pay banks each time a debit card is swiped.

The merchants will argue once again that the Fed rule allows fees beyond what the 2010 Dodd-Frank law requires, Douglas Kantor, a lawyer representing retailers, told the newspaper.

"These fees are so large and pervasive and have such a profound impact on the economy," he said. "It's that combination of things that to us says the Supreme Court really needs to hear this."

The Dodd-Frank law required the Fed to ensure interchange fees reflect the actual cost of processing debit-card transactions. Merchants are responsible for paying the fees every time a customer swipes a debit card.

The 2010 Dodd-Frank law called for the Fed to cap the interchange fees, which were about 44 cents per transaction at the time, said a Reuters report. Retailers had argued the fees were too high and led to higher prices for consumers. The Fed in 2011 limited swipe fees to 21 cents per transaction, but retailers said the law intended the cap to be even lower.

The banking industry hasn't supported the Fed's rules because they cut the fees from prior levels, but bankers were pleased with the March appellate court decision because it prevented further cuts, said the Journal report.

NACS, NRF, the National Restaurant Association and other groups sued the Fed in 2011.

A U.S. district court in July 2013 sided with the retailers. The Fed appealed, and a three-judge appeals panel in March reversed the lower court's decision and upheld the Fed's rules.

The retailers had the option of appealing to the full appellate court or directly to the Supreme Court.

The retail groups have until June 19 to petition the high court, and on Monday they asked the court to extend that deadline until July 21, the report said.