WASHINGTON -- Though the U.S. Food and Drug Administration (FDA) sent its final draft of the “deeming” regulations for cigars, electronic cigarettes, pipe and hookah tobacco to the White House Office of Management and Budget (OMB) for review back in October of 2015, it took more than six months for the agency to make those regulations public. Given that seemingly little changed from the proposed deeming regulations made public in April 2014, many wondered what took so long. The answer, according to a recent Reuters report, might be flavors. 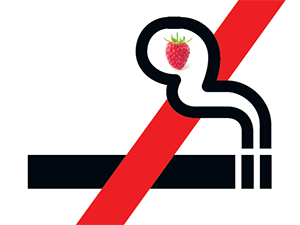 In the final deeming rule, released May 5, 2016, manufacturers of newly deemed products were given 180 days from the date the rule goes into effect (Aug. 8, 2016) to submit a substantial equivalence (SE) application and 240 days to submit a premarket tobacco product application (PMTA). It turns out the version of the deeming regulations submitted to the White House would have given flavored tobacco and vapor products only 90 days in which to submit these applications.

The White House seemingly disagreed, because the OMB deleted the 90 day deadline for flavored products from the final rule. A White House spokeswoman told Reuters that the OMB “does not comment on changes made during the interagency review process.”

In the original version, the FDA acknowledged that the 90-day deadline would result in numerous flavored products coming off the market “and that this will significantly impact the availability of flavored tobacco products at least in the short term." However, the agency said the provision was important due to youth usage of tobacco products with characterizing flavors, which include menthol. To support this claim, the FDA included pages of scientific research and data citing “a dramatic rise in youth and young adult use of typically flavored tobacco products, like e-cigarettes and waterpipe tobacco, and continued youth and young adult use of cigars.”

Supporters of electronic cigarettes have countered that e-cigs have helped smokers quit and that the availability of flavors has played a vital role in that process. In the version of the rule submitted to the White House, the FDA said evidence supporting these cessation claims “is thus far largely anecdotal.”

“The FDA dismisses the experiences of millions of adult ex-smokers who quit with flavors as mere 'anecdotes,'” said Gregory Conley, president of the American Vaping Association. “Meanwhile, the agency has spent tens of millions of dollars researching new nicotine products, but has thus far utterly failed to study the issue of flavors and smoking cessation.”

“Ultimately, this furor is about next to nothing: without a change in the February 2007 predicate date, on August 8, 2018, over 99% of vapor products on the market will be banned by the FDA,” he continued. “While the White House should have never approved the FDA's disastrous deeming ban, putting the brakes on this particular aspect was the right thing to do.”