SAN FRANCISCO — The co-founder and former chief product officer of the popular electronic cigarette maker Juul Labs has stepped down from his roles of adviser and board member, according to the company. 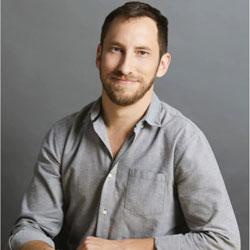 In a statement to CSP, a spokesperson for San Francisco-based Juul said James Monsees was “instrumental” in developing the technology for the Juul-branded e-cigarette, which for convenience stores and most retailers is the dominant brand in that nicotine subcategory.

“As the company continues to reset the vapor category, James believes now is the right time for him to move on to other opportunities,” the spokesperson said.

Multiple federal and state agencies have focused on Juul, among other companies, as it relates to the growing number of young people vaping, CSP magazine reported from multiple sources in its February 2020 cover story.

In a separate statement, Monsees said he made the decision after a “great deal of thought and consideration.” He pointed out moves that the company has made to “reset” its direction and public perception. In recent months, Juul has taken five of its flavored cartridges, including mint, off the market both at retail and online.

“As both a founder and a major shareholder, I could not be more proud of the thoughtful actions that are being taken and the people in whose hands I’m leaving the company for its next chapter,” Monsees said. In an email to employees, Monsees said his recent marriage and desire to spend more time with his family, as well as to pursue other personal and professional interests, were also part of his decision.

“As one of our founders, James has been instrumental in building this company, and we are grateful to him for all of his work advancing the long-term potential for harm reduction for adult smokers,” said K.C. Crosthwaite, CEO of Juul Labs. “We wish him the very best in his future endeavors as we continue to focus on combating underage use and earning society's trust.”

Monsees and Adam Bowen, two Stanford University graduates, co-founded Juul, with the e-cigarette company introducing its first product in 2015, according to its website.

5 Trends That May Ignite or Dampen Tobacco Sales