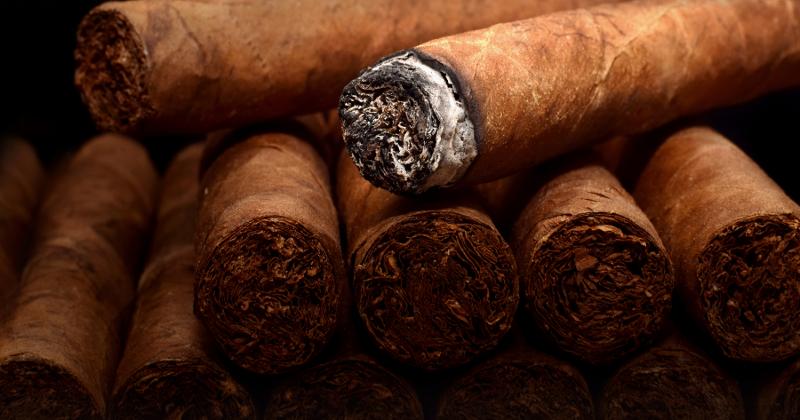 Nicotine sales were up about 3% for all outlets as well as in c-stores for the 52 weeks ending in second quarter 2021 vs. the previous year, Burke said. “That’s really encouraging results for the category,” he said.

Burke presented during a National Association of Tobacco Outlets (NATO), Minneapolis, webinar on Oct. 13, sharing data on distributor shipments to retailer locations at 300,000 U.S. outlets. This webinar and others can be viewed at natocentral.org/webinars.

Some attribute the growth of large cigars to consumers using them for alternative purposes, like as a blunt, but that’s not a universal truth, Burke said.

States including Georgia, Florida, New York, Texas, Michigan, North Carolina, South Carolina, Ohio, Indiana, Tennessee, Virginia and California have some of the strongest large cigar shipment volumes. However, when looking at states that have legalized marijuana for recreational use, these are not necessarily the states with the highest large cigar shipments, Burke said. Some states where recreational marijuana is legal, such as Montana, Maine and Oregon, have low shipments of large cigars.

“Right now, modern oral is a convenience/gas item and has far greater business than tobacco outlets, drug or all other trade,” he said.

When it came to vapor shipments, cartridges and disposables were up in all outlets, but kits and e-liquid saw declines. The total vapor category saw a decline for the first time in years in 2020, mainly due to Tobacco 21 and the U.S. Food and Drug Administration’s (FDA) flavored cartridge ban, Burke said. Total vapor is expected to be up 10% to 20% for 2021, though, he said.