SACRAMENTO, Calif. -- A bill that would have banned the sale of tobacco in convenience stores, grocery stores and drug stores failed to get a vote during an Assembly Business and Professions Committee hearing this Tuesday. According to The Sacramento Bee, retailers and distributors associations and more than 200 convenience-store owners showed up at the hearing to voice their opposition to the widely contested Senate Bill 1400. 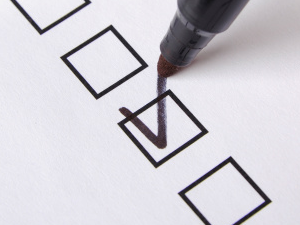 Proposed by Democratic Sen. Bob Wieckowski, SB 1400 would have limited the sale of tobacco and vapor products to adults-only retailers that generate 60% of annual revenue from tobacco sales. The measure narrowly passed in the Senate, with the minimum 21 votes earlier this month.

Since then, convenience and tobacco retailers have expressed concerns at how the ban would damage their business. Analysis presented to the committee suggested more than 30,000 retailers would lose the ability to sell tobacco, leaving just 2,200 existing tobacco stores to sell tobacco in California (and an estimated 7,000 new locations that could open if the law went into effect).

Though committee members said they appreciated Wieckowski’s goal of reducing youth access to tobacco, the bill would go too far and hurt small businesses in California.

“If smoking is going to be legal in the state of California, then we cannot continue to do all these little cuts,” said assemblywoman Susan Talamantes Eggman (D).

After further discussion, committee chair assemblyman Rudy Salas (D) called for a motion to vote on the bill. No committee member motioned for a vote, meaning the measure failed. TheSacramento Bee reported convenience-store owners in the audience cheered the decision.