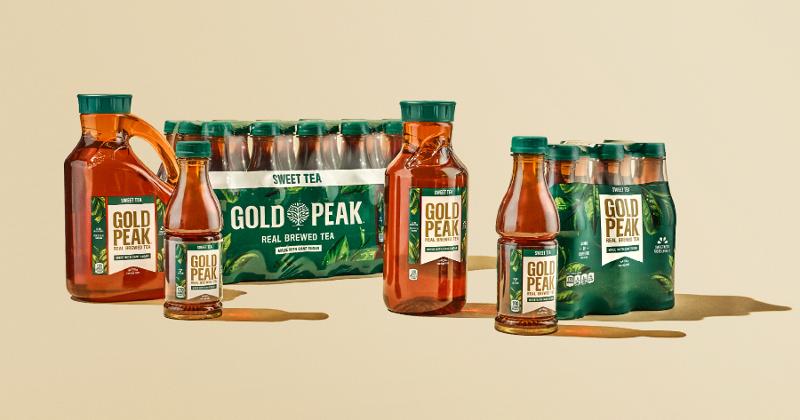 The drink now is made with 100% real brewed tea leaves, rather than concentrates, Coca-Cola said.

Gold Peak’s new packaging highlights the golden hue of the liquid, while emphasizing the natural flavors with tea leas and an organic color palette. The reimagined wordmark has subtle leaf-like serifs and a new messaging hierarchy that reinforces Gold Peak’s commitment to real brewed tea and healthier ingredients, like cane sugar, the company said.

The rollout is supported by TV ad spots titled “Front Yard Family,” and highlights the fun, unfiltered family moments that take place in the front yard, like a surprise attack by mom with the water hose, according to Coca-Cola. The tagline “Stay Gold” will be featured in the new spots.