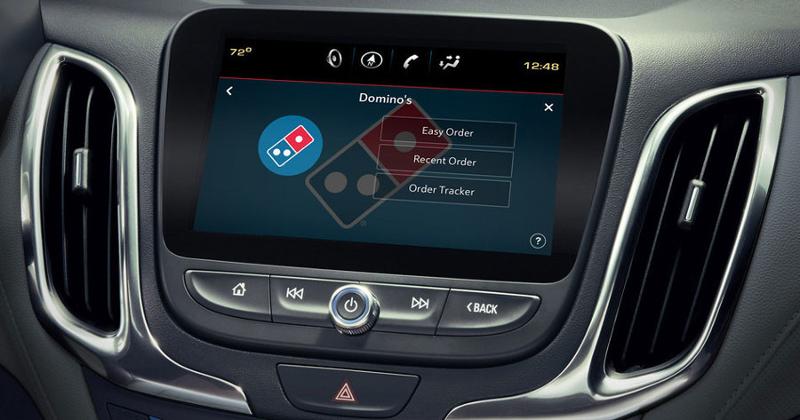 ANN ARBOR, Mich. — Domino’s is working with Xevo, an in-vehicle commerce and services firm, to launch a pizza-ordering platform in cars. The in-vehicle Domino’s app is powered by Xevo Market, an automotive commerce platform for connected cars.

"At Domino's, we want pizza ordering to be simple and always within reach, no matter where a customer happens to be," said Chris Roeser, director of digital experience for Domino's. "This new AnyWare platform will make ordering pizza easy, whether you're in the car waiting for the kids to finish soccer practice or you're on your way home from work."

Customers will be able to order Domino's with a few taps on their vehicle's touchscreen. Once customers are logged in, they can save time by ordering their "Easy Order" or most recent order, and then track it with Domino's Tracker. Customers can locate their local store and call in an order from the in-car interface as well. The Domino's ordering feature will be automatically loaded on millions of cars with the Xevo platform starting in late 2019.

"We're excited to work with Domino's and to have them join the Xevo Market platform, which is already live in millions of vehicles on the road today,” said Brian Woods, chief marketing officer of Xevo. "Xevo Market makes it possible for Domino's to reach people directly in their cars, streamlining mobile ordering to help busy consumers save time."

Based in Ann Arbor, Mich., Domino’s Pizza is a global brand with more than 15,900 stores in more than 85 markets. Its system is comprised of independent franchise owners who accounted for 98% of Domino's stores as of fourth-quarter 2018. In the United States, Domino's generates more than 65% of sales via digital channels and has produced several ordering platforms, including on Google Home, Facebook Messenger, Apple Watch, Amazon Echo, Twitter and text message using a pizza emoji.