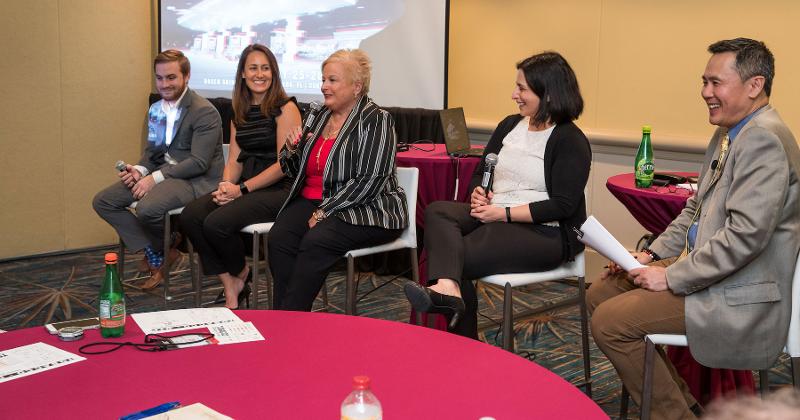 ORLANDO, Fla. — For retailers concerned with burgeoning tobacco legislation on state and local levels, tobacco category managers speaking on a panel at CSP’s recent Convenience Retailing University (CRU) conference suggested direct communication with customers as a way to generate energy either for or against new proposals.

With smokeless tobacco subject to a 210% tax in Massachusetts, Anna Bettencourt understands the brutal nature of local taxation and regulation. “I just know what will come my way, so I’m nervous about the future,” she said.

Bettencourt, senior category manager for VERC Enterprises, Duxbury, Mass., told attendees in the breakout session that attending local hearings and public comment meetings are important. “When you hear things are happening in towns around you, I encourage you to get people to go,” she said. “Sometimes it’s all you can do.”

Anne Flint, director of category management for tobacco for Cumberland Farms, Framingham, Mass., said informed customers will often behave in surprising ways. She remembered one instance several years ago when a town in her market was considering banning tobacco sales. The proposal never became law, but it stirred so much public interest that after open testimony, people sang, “God Bless America.”

“Many of the people there never smoked in their lives,” she said, “but it was about rights being taken away.”

Recalling another regulatory effort, Flint said she produced business cards that informed customers about upcoming proposals and how it would affect the price and availability of tobacco products.

Commenting on the local regulations, Laura White, category manager for RaceTrac, Atlanta, said the company is just beginning to see more activity in states such as Louisiana and Florida. “So it’s not just the Northeast and West Coast,” White said. “It’s everywhere.”

Rick Chandler, state government affairs associate for JT International USA Inc., Englewood Cliffs, N.J., said state and local laws can make it onto the books much quicker than at the federal level; fortunately, agencies such as the U.S. Food and Drug Administration are bound by law to take a number of steps and hold numerous public comment periods before enacting any new regulation.

What Does Gottlieb's Resignation Mean for FDA Initiatives?