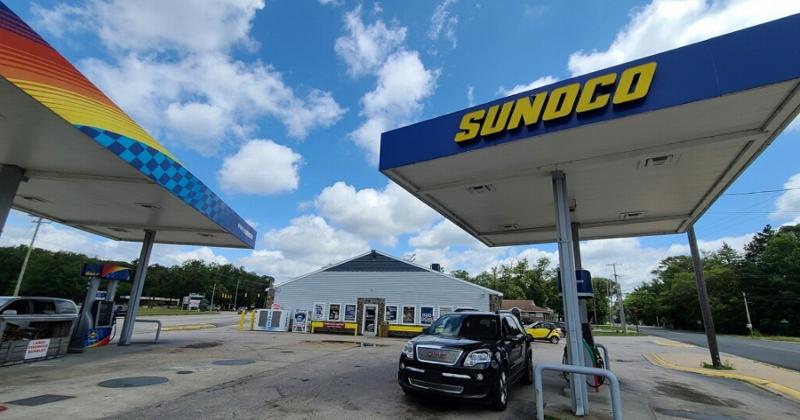 Jeff Daugherty, owner of Ray’s Mini Mart, Muskegon, Mich., has an inside track on that time-honored axiom. The independent convenience-store retailer attracts customers to Ray’s, located in the shadow of Lake Michigan, thanks to several key competitive advantages. The foodservice menu is noted for quality, fresh-caught fish entrees and sandwiches (walleye, trout, steelhead and more) that complement prime cuts of meat.

But the narrative is more than about just a single meal—Daugherty has a long play. He leverages the success of Ray’s to convince people, young and old, to take up fishing and, in turn, share the wealth. An avid fisherman in his own right, Daugherty sponsors fishing teams at local Muskegon schools, donating time and resources to the pastime. And it’s all garnering success.

“COVID-19 was a boon for us regarding fishing,” said Daugherty, a Sunoco-branded retailer who sells an array of lines, hooks, bait, lures, bobbers, sinkers and swivels. “Bait and fishing shops weren’t considered essential, but convenience was. This allowed us to sell all these fishing accessories. Because people had extra time and money, many did a lot of fishing.”

The owner of Ray’s Mini Mart for 17 years, Daugherty started in convenience retailing in 1993 when he acquired his first two stores, since sold. “I had a career in corporate sales and was having coffee with a friend who owned a c-store. After learning more about the profession, I thought it was the time to change careers,” said Daugherty, who had worked in the grocery business years earlier.

“I bought the first two stores, but eventually sold them. I was getting burnt out—and had to deal with employee embezzlement. I took a year off and then regrouped—and acquired Ray’s,” he said.

This time around, employees are making life far easier. Two managers, Amber and Cari, have worked at the store for 12 years, while his top clerk, Diane, has been on board for all 17 years. Another assistant manager, Pauletta, is also considered a veteran of Ray’s.

Speaking about his approach to finding and retaining solid workers, Daugherty said, “We wait for the right person for the right situation—we aren’t in a rush to hire people. I have 10 employees, and most have been here for years. We’re like family, really.”

Broadly, Ray’s Mini Mart is eternally seeking to be considered a one-stop-shop to even more consumers than it already is. Various in-store and forecourt investments are helping fuel successful angling.

“We did a full store remodeling program marked by a contemporary interior re-imaging and at the forecourt, invested in state-of-the-art multi-pump dispenser technologyto enhance the customer experience,” he said, noting that MPDs offer touchscreens with customized multi-media features that customers can activate—and enjoy—during fillup downtime.

He also makes a point to emphasize giving back locally, and it makes a difference competitively. “The Speedway station down the street, for example, might do a national ‘March of Dimes’ fundraiser—and that’s a great gesture. But it’s a nationwide effort. We, meanwhile, concentrate fundraising to support the local elementary and high schools—and businesses. One example is the fishing teams that our business sponsors.”

In Muskegon, retailers such as Daugherty are equally ready to serve out-of-state travelers who flock to Michigan’s western shore to enjoy its array of prime recreational options. But also, many local residents—particularly since both the pandemic and the downturn in the economy occurred—are content to activate the “staycation” concept.

“People are more purposeful about travel: some are eliminating those smaller weekend excursions in favor of one larger summer trip. We try to be ready for whatever they opt to do,” said Daugherty.

He said that the most crucial aspect of not only surviving but thriving is being a “convenient” store. “People seem to be shopping daily rather than shopping for an entire week—they parcel it out. That’s a daily opportunity to make an impression, all by having product available and giving them a reason to come back.”

Daugherty added: “I have a Speedway two doors down, and can honestly say that in 17 years I’ve never stepped foot in the store. There is no ‘competition’ out there if we’re doing our job properly. We’re not going to win the ‘loyalty card’ battle because we actually don’t offer a card—just a solid reputation.”

Q: What food and beverage categories are flourishing?

A: The last couple years, it’s the hard seltzer market. There’s a whole lot of flavors to pick from. We also added Ghost Energy and it’s appealing to the crowd that wants a Skittles- or Sour Patch-flavored drink. It’s a nostalgic thing. One big mover is vaping—it’s really taken off, and it generates great margins in the 10% to 15% range. Customers are mostly seeking mint, bubble gum and peach favors.

A: It’s across the board: we’re probably only receiving 60% of our fishing equipment. One reason is that distributors don’t have the manpower to load trucks. We work with S. Abraham & Sons, and they do a great job, been very good on order accuracy. Right now, though, we’re finding there’s a paper bag shortage, so we’re having to resort to using lower quality bags. You take what’s available.

Q: How are you, and by extension your customers, coping with fuel pricing conditions as the summer began?

A: The majority of customers realize that [higher pump prices] are out of my control. They’re adjusting their budgets and feel like they’re being played a bit. I’ll also take the time to explain to them about the impact of state, local and federal taxes that are layered into the cost, and that helps clarify things.

A: Some will parcel it out where if they have fifteen bucks in their pockets, then that’s what they’ll spend on fuel that day. One interesting thing we’ve noticed is that people are taking cell phone pictures of the MPD and their fillup price: they want proof that they just spent $137 to buy gasoline.