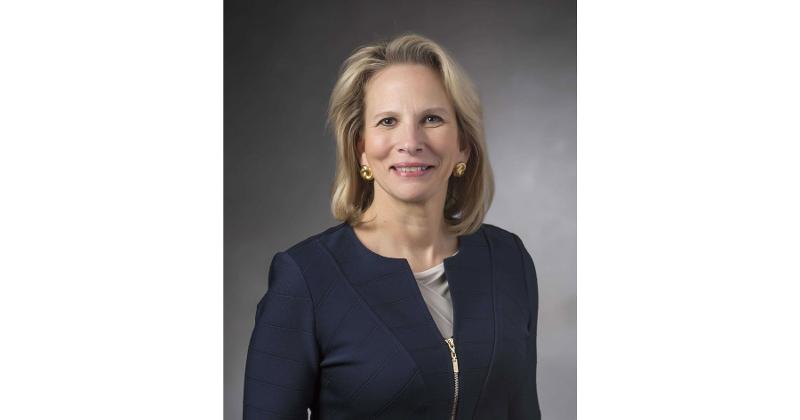 Photograph courtesy of The Hershey Co.

HERSHEY, Pa. — The Hershey Co.’s president and CEO now also is the chairwoman of the confection company’s board of directors.

President and CEO Michele Buck succeeds Chuck Davis, who had held the chairman role since May 2018. Davis will take on the role of lead independent director, a position he previously held for the year before he was appointed chairman.

The combination of the roles underscores the board’s confidence in Hershey, the existing management team and Buck, according to the company.

“These changes to our board reflect Michele’s vision and leadership, and we look forward to supporting The Hershey Co. on its journey to becoming an innovative snacking powerhouse,” Davis said. “Hershey has a rich legacy of creating shareholder value in a manner that reflects our principles of excellence, togetherness, integrity and making a difference.”

Buck has been president and CEO since March 2017. She joined Hershey in 2005 and has held the roles of executive vice president and COO and president of the North America division.

Hershey has delivered strong financial results under Buck’s leadership and has executed on the strategic vision of the company through portfolio expansion, profitable international growth and positioning the company for growth, according to the company.

“For the past couple of years, I’ve had the honor to work closely with Chuck Davis in his role as chairman, and it has been an incredible opportunity to learn from one of the best,” Buck said. “I am privileged to succeed him as he reassumes the role of lead independent director.”

The Hershey, Pa.-based company is celebrating its 125th anniversary in 2019. The company is known for brands such as Hershey’s, Reese’s, Kit Kat, Jolly Rancher, Ice Breakers, SkinnyPop and Pirate’s Booty.

Michele Buck Named Next CEO of The Hershey Co.