WASHINGTON -- In a defeat for convenience store and other retailers, the U.S. Court of Appeals for the District of Columbia has overturned a district court ruling and has upheld a Federal Reserve rule setting debit-card interchange or swipe fees at 21 cents, dismissing merchants' challenges seeking a lower fee. 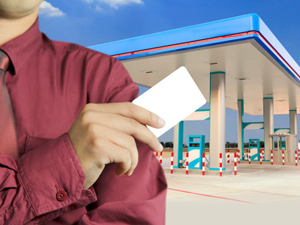 "The district court granted summary judgment to the merchants, concluding that the rules violate the statute's plain language. We disagree. Applying traditional tools of statutory interpretation, we hold that the Board's rules generally rest on reasonable constructions of the statute," wrote Judge David Tatel.

"It is unfortunate that the D.C. Circuit Court of Appeals misread the law and the Federal Reserve's rule on debit swipe fees. Any rule that would allow profit margins of more than 1,000% and raise fees on many transactions clearly violates the letter and intent of the law Congress passed," National Association of Convenience Stores (NACS) president and CEO Henry Armour said in a press statement. "Congress did the right thing by trying to make debit swipe fees more competitive and the law did that in spite of the Fed's mistakes. We intend to review all of our options for upholding what Congress did and ensuring that debit swipe fees become more reasonable for convenience retailers and their customers."

Friday's decision reverses the ruling handed down last summer by U.S. District Court Judge Richard Leon, who said that that the Federal Reserve clearly disregarded Congress's intent by inappropriately inflating all debit card transaction fees by billions of dollars, which have continued to allow financial institutions to charge exorbitant fees that are ultimately born by consumers. In January, attorneys representing NACS urged the U.S. Court of Appeals for the District of Columbia Circuit to uphold Leon's decision.

"NRF is disappointed and remains confident that the Federal Reserve erred when it set the swipe fee cap far higher than intended by Congress," NRF senior vice president and general counsel Mallory Duncan said in a press statement. "The Fed ignored congressional intent and worked to shield debit card companies and big banks. A self-described victory for the banks usually results in higher costs for consumers."

Under the Durbin Amendment provisions of the 2010 Dodd-Frank Consumer Protection and Wall Street Reform Act, the Fed was required to adopt regulations that would result in debit-card swipe fees that were "reasonable" and "proportional" to the actual cost of processing a transaction. The Fed calculated the actual average cost at 4 cents per transaction and initially proposed a cap no higher than 12 cents, but eventually settled on 21 cents after heavy lobbying from the financial services industry.

While far improved from the average of 45 cents before the cap was set, NRF said it thought the figure was higher than what was sought by Congress and filed an appeal in U.S. District Court in 2011 along with other retail groups. In 2013, Judge Richard Leon ruled in NRF's favor and ordered the Fed to recalculate the cap at a lower level, but the Fed appealed. With the current decision, the U.S. Court of Appeals overturned Leon's ruling.
"NRF's work over the past several years led to a cap that cut debit swipe fees in half," Duncan said. "That has saved many retailers and consumers billions of dollars but the fees, especially for small ticket transactions, are still far too high. We are reviewing the decision and will determine whether to appeal."

The banking industry applauded the ruling.

In a statement, Frank Keating, American Bankers Association president and CEO, said, "We applaud the Court for its decision today, which reverses a lower court's ruling that would have harmed banks of all sizes and made it more difficult for institutions to serve their customers. While this decision is a welcomed outcome, the fact remains that the underlying policy--the Durbin Amendment [to Dodd-Frank]--has not accomplished its goal of lowering prices for consumers. It has only served to increase the bottom line for big box retailers."

Richard Hunt, president of the Consumer Bankers Association, in a statement, said, "Reasonable minds have prevailed in vacating the District Court's ruling to affirm the existing rule. While we still believe the underlying rule is flawed, any further changes to the currently allowed interchange rates would only pile on the negative consequences for consumers. Make no doubt about it--consumers must come first in this process, not the bottom-line of retailers. This drawn-out fight should put on notice those members of Congress who insist upon interfering with the free market,"

In addition to NACS and NRF, the suit against the Fed was brought by the National Restaurant Association, the Food Marketing Institute, Boscov's Department Store and Miller Oil Co., Norfolk, Va.

The case is NACS v. FRS.