BROOKLYN, N.Y. -- Retailers who opted out of a class-action settlement with major credit-card companies over interchange fees (or swipe fess) will be allowed to pursue their separate lawsuits following a ruling this month in federal court. 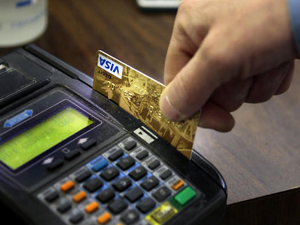 Visa Inc. and MasterCard Inc. lost their bid to dismiss more than 30 lawsuits by retailers seeking potentially billions of dollars in damages over fees for processing transactions, according to Bloomberg report.

Merchants including Target Corp. and Macy’s Inc. pursued their cases after dropping out of the earlier $5.7-billion settlement over swipe fees. On Friday, a federal judge in Brooklyn, New York, refused to throw out those lawsuits. He also rejected Visa’s request to dismiss a similar lawsuit filed by Wal-Mart Stores Inc. seeking at least $5 billion in damages.

U.S. District Judge John Gleeson said his decision was “in large part driven by the requirement that I accept all well-pleaded factual allegations as true” because the cases were in the early stages of litigation, according to Bloomberg. It isn’t a ruling on the merits of the complaints.

Gleeson in December approved the card companies’ settlement with merchants nationwide following years of antitrust litigation over the fees.

Dozens of large retailers appealed the approval of the accord. Many also dropped out of the deal and filed their own lawsuits, contending it wasn’t enough compensation for the hundreds of billions of dollars in fees paid.

In a revised complaint filed this month, Target and Macy’s said the card companies “have obtained and maintained market power in the market for merchant acceptance of credit cards” causing merchants “to pay excessive interchange fees.”

Wal-Mart alleged in its complaint that “Visa’s monopoly power has enabled it to dictate price and inhibit competition.” The Bentonville, Arkansas-based retailer announced in April that MasterCard will handle transactions for store-branded credit cards. MasterCard isn’t named in Wal-Mart’s swipe-fee complaint.