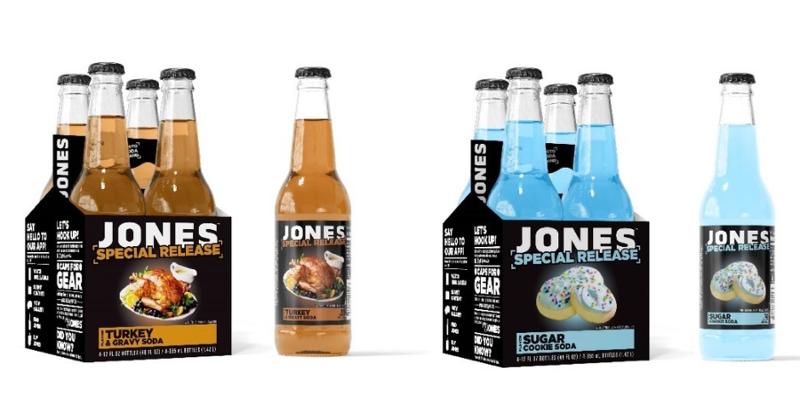 SEATTLE — Two seasonal flavors, one new, one old, are being released now by Jones Soda Co.

“The one-of-a-kind flavor was released for the first time in a decade last year for Jones’ 25th anniversary, selling out almost immediately, and is returning by popular demand,” the company said.

The sweet and savory holiday “twofer” is part of Jones’ Special Release program, which offers “a rotating series of limited-edition sodas that showcase the company’s fun brand personality as well as its skill in creating the unique flavors that have kept it at the top of the craft soda category for nearly two decades,” Jones said.

Both flavors are available in single bottles for a suggested $1.79 and four-packs for $5.99.

“We introduced our Special Release program in 2021 as a way to raise brand awareness, continue expanding our customer base, and drive incremental sales as well as increased basket sizes to support a strategic growth plan that has delivered eight consecutive quarters of increased revenues and profitability to date,” said Eric Chastain, president of the Jones Soda Beverage Division. “These two novelty holiday flavors continue to support those objectives while also reinforcing the offbeat brand identity that has shaped the business from day one.”

Plans are for three special releases in 2023.

Jones Soda markets and distributes premium beverages under the Jones Soda and Lemoncocco brands. It is known for its premium sodas and packaging that incorporates photos sent in from its customers.