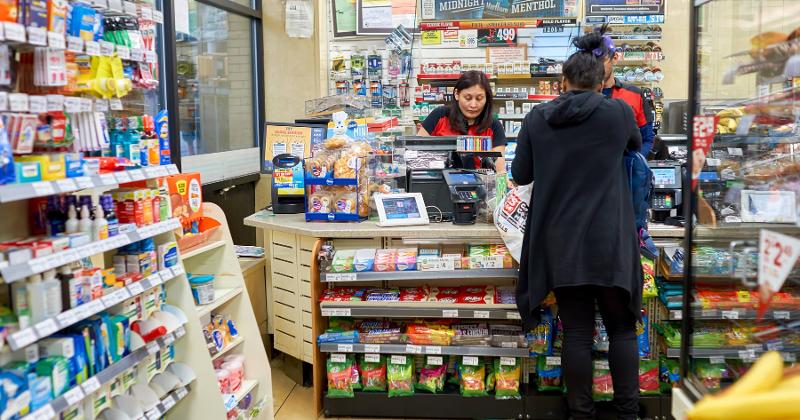 CHICAGO — David Tooley knows the negative effect a tobacco flavor sales ban can have on a convenience-store’s back bar.

That did not make the blow any easier when California enacted a statewide ban on Aug. 28.

“It’s devastating,” Tooley told CSP. “I think we all felt something was coming. I think we held out hope that maybe it wasn’t going to be quite as restrictive, but it’s going to have a huge ripple at the beginning of the year when it goes into effect.”

Tooley, vice president of Tooley Oil Co. and owner of 13 Circle K-branded stores in Northern California, and one in Reno, Nev., said his California stores that were already in counties with similar bans. There, he saw a 12% decrease in in-store sales at first. That decline decreased to about 7% to 10% after several months, he said.

He is far from the only c-store retailer facing this challenge. Massachusetts’ flavored tobacco sales ban went into effect on June 1. And Chicago recently passed an ordinance banning the sales of flavored vapor products from the city, where and c-store retailers are afraid of what the effects of this, on top of the weight of COVID-19, could mean for the industry.

‘A whole different back bar’

Retailers in California find themselves grasping onto the chance a referendum could kill, or at least stall, the California ban. Shortly after Gov. Gavin Newsom signed the bill into law, opponents notified the state they intended to seek a referendum to overturn it.

For the referendum to go to voters for consideration, opponents must collect the signatures of 623,212 registered voters, an amount equal to 5% of the votes cast for all candidates for governor in the last gubernatorial election, according to the California Secretary of State’s Office.

The law is set to take effect on Jan. 1, 2021, but if the referendum is qualified within 90 days of the law’s signing, the tobacco ban would be placed on hold until the referendum is put to voters, likely in 2022. Opponents, organized by the California Coalition for Fairness, were in the process of collecting signatures as of press time at the end of September.

In the meantime, Tooley is not sure what to do with his current flavored tobacco items. Consumers will likely want to stock up on flavors before the ban takes effect, but Tooley is waiting to increase his inventory until he finds out if his tobacco manufacturers will offer refunds on leftover inventory.

He also hopes evolving foodservice at his stores can help make up for lost tobacco sales, but it far from a total fix, and the possible long-term effects of the ban remain unclear.

“I think that’s a little bit of the unknown, and I think that’s the scary part,” Tooley said. “I think it’s going to be tough to make up those sales. I don’t think you can completely make it up.”

A 7-Eleven franchisee owner 2,000 miles to the East is facing a similar situation.

Jim Bayci owns a c-store in downtown Chicago, where a flavored vaping ban was approved by the City Council and mayor in September and expected to go into effect in early October. He also is the president of the 7-Eleven Midwest Franchise Owners Association.

“It’s really tough to recover. You can’t sell your way out of situation like that. There’s not enough through-put to get those customers through the door and [buy] other things,” Bayci told CSP concerning the ban in late September.

The vape-product set in Bayci’s city store have already gone down from six to two after the FDA banned the sale of flavored cartridges in January, and now he’s now monitoring sales to see if he needs to cut more, he said. Those changes will continue to evolve as the U.S. Food and Drug Administration (FDA) releases more information on the premarket tobacco application (PMTA) process and what products are authorized for sale.

“It’s going to be a whole different back bar when all this stuff shakes out,” Bayci said.

COVID-19 is adding to his concerns, too. Bayci relies on foot traffic from conferences, which were canceled amid the pandemic, and events at Navy Pier, a popular tourist attraction.

“There are concerns about the long-term viability given the restrictions that we’re under,” Bayci said.

Chicago Mayor Lori Lightfoot said during the City Council meeting where the ordinance was approved that now is the time to enact a flavored vaping ban—especially amid COVID-19.

The tobacco industry is “targeting our children” and the coronavirus attacks people who have upper respiratory issues, heart disease and diabetes, like illnesses attributable to smoking, Lightfoot said.

Elected officials in both Chicago and California said youth vaping was a concern and one of the reasons to enact flavor bans. The FDA already banned most flavors from unauthorized cartridge-based e-cigarettes in January after an outbreak of lung illnesses and deaths in the fall of 2019 were thought to be related to vaping. Federal health agencies later said the sicknesses were likely due to the use of vitamin E acetate, sometimes used as a thickening agent in products containing tetrahydrocannabinol (THC)—product not available in c-stores.

But the bans appear to be working.

About 1.8 million fewer U.S. youth are currently using e-cigarettes compared to 2019, according to data from the 2020 National Youth Tobacco Survey, which was released in September by the FDA in partnership with the Centers for Disease Control and Prevention.

“After two years of disturbing increases in youth e-cigarette use, we are encouraged by the overall significant decline reported in 2020,” FDA Commissioner of Food and Drugs Stephen Hahn said in a statement on the survey. “This is good news; however, the FDA remains very concerned about the 3.6 million U.S. youth who currently use e-cigarettes, and we acknowledge there is work that still needs to be done to curb youth use.”

More than eight out of 10 youth e-cigarette users report use of flavored products, the survey showed, with fruit, mint, candy and menthol among the most used. This was the first year in which the survey distinguished between mint and menthol in products.

E-cigarette manufacturers, however, generally say banning the sale of flavored tobacco or e-cigarettes restricts adult tobacco consumers’ choices to move to non-combustible product platforms. It can also lead to black-market products and have negative financial effects on a municipality’s and retailers’ revenue.

“Flavors are not necessarily the primary reason that young people elect to experiment with vapor products, and bans on the same will present a significant burden on adult smokers seeking to quit using combustible cigarettes,” said Chris Howard, vice president, general counsel and chief compliance officer at E-Alternative Solutions. “It is particularly frustrating that a process exists by which flavored products can be granted marketing orders from FDA via the PMTA process (thus confirming they are a benefit to public health) and yet such products may still be restricted on the state/local level.”

Whether it’s flavor restrictions or something else, 7-Eleven franchisee Bayci said c-stores have been fighting these types of restrictions for years, and he’s afraid restrictions could expand, in his city and elsewhere.

“We’ve been fighting this for a long time as far as whether it’s a flavor ban or … moving from 18 to 21,” he said. “It really just seems to fall along political lines as far as who’s running the agenda and who’s pushing it more. I get the need to control access to youth—I’m totally for that; that’s exactly what I want to do. But when we start really getting restrictive and kind of down into the weeds of our business, it really becomes troubling.