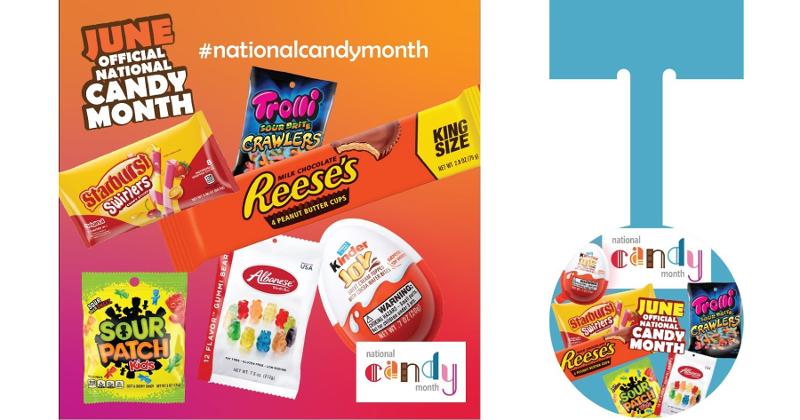 GRAND RAPIDS, Mich. — A recent promotion by distributor S. Abraham & Sons (SAS) Inc. reportedly grew candy sales by more than 30% in some cases, according to the company.

In June, SAS, a subsidiary of Imperial Trading Co, launched the promotion to be held during National Candy Month.

“Our objective for this campaign was to promote National Candy Month in June by collaborating with our vendor partners to offer incentives for our retailers, engaging contests for the SAS sales team, and a framework for retailer activation of this promotion to consumers,” said Christa Verrier, category manager of confection for SAS. “Ultimately our goal was to drive sales for SAS, our suppliers and retailers.”

Major confection manufacturers, including The Hershey Co., Mars Wrigley, Mondelez, Ferrero, Ferrara Candy Co. and Albanese supported the wholesaler’s efforts by offering special promotions in SAS’ Monthly Marketing Publication. Each selected a “blockbuster” item with a promotional deal for retailers that would also be the focus for an internal sales contest.

SAS sales representatives competed with each other within their sales regions to earn prize money by promoting these blockbuster items during National Candy Month. The winning sales region with the highest target goals achieved was awarded prize money to be split among its team.

As a final piece to this campaign, SAS produced point-of-sale kits, including door and window clings and shelf danglers, that were offered at no cost to retailers to complement their in-store merchandising.

SAS’ sales goal with this campaign was 10% lift across the category. Results have shown a 17% increase in both dollars and units within the entire confection category, June 2021 vs. prior year, the company said. And for the eight blockbuster focus items, results show a 31% increase in dollar sales and 32% increase in units sold during the promotional period vs. prior year.

“Overall, I’m very pleased with the success of this campaign,” said Verrier. “We look forward to continuing to bring these innovative opportunities to our retailers in the future.”