Smoker Friendly has been in business for more than two decades, and in the past 10 years it transitioned to become a full-line tobacconist, targeting premium cigar enthusiasts as well as cigarette smokers and consumers of other tobacco products. Since 1995, the chain has been actively lobbying against raising tobacco taxes and is committed to doing all it can to defend the rights of tobacco consumers.

Smoker Friendly has added smoking lounge areas in several stores, with areas for premium cigars and a second lounge for cigarette consumers. A store in suburban Denver became the model for future Smoker Friendly store lounges, with a walk-in humidor in the back, and a front-of-the-store lounge geared more toward an eclectic, younger crowd with cigarettes, RYP/MYO and hookahs.

Smoker Friendly also has found opportunity in Colorado’s pot-friendly state. In March 2014, it opened the first of many planned marijuana accessories stores. These Glass Werx locations sell pipes, bongs, grinders and vaporizers. The company plans to open as many as 10 such locations. 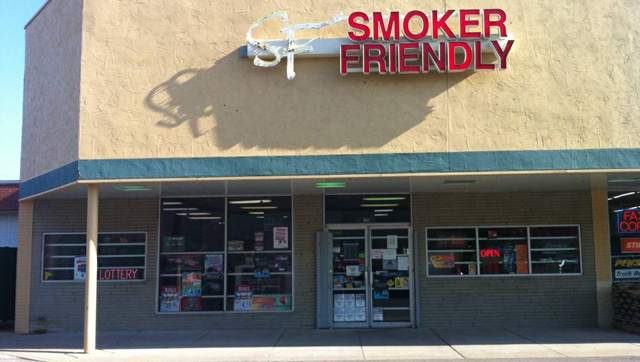